I designed this logo long time ago, and it was recently sold via stocklogos.com. Logo was bought by an Austrian company, which will offer different services, such as: professional chauffeur services, private investigations, fire protection and potentially also the transport of explosive and radioactive goods. The Vigiles or more properly the Vigiles Urbani („watchmen of the City”) were the fire-fighters and police of Ancient Rome. Additionally, I used the shield in the logo, which is common representation of the protection and I also used the basic shape of Maltese cross, commonly used by fire-fighters. The cross is eight-pointed and has the form of four „V”-shaped elements, each joining the others at its vertex, leaving the other two tips spread outward symmetrically. The eight points also symbolize the eight obligations or aspirations of the knights. 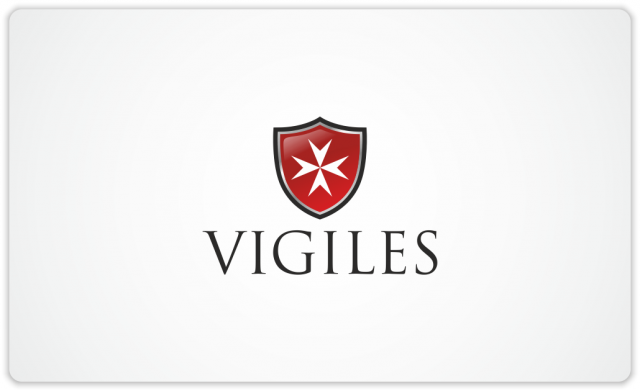